Slunk off to bed last night after watching the ugly 10th. We have some work to do and the weekend series in KC will have the reigning Cy Young winner Zack Greinke awaiting. He and Beckett go on Saturday after the 2010 debut of Sir Wakefield on Friday. He will get the first W by a starter – my fearless prediction for the day unless you count the one I made that included beer and pizza for dinner – easier to make that one come true than the one involving a knuckleballer. Pedroia, Martinez and Beltre all have strong career stats against the Royals but this team has been getting better and are no longer the pushover they were 2-3 years ago. We need a few Ws this weekend – hell even a sweep – to right the ship and get us going. Thought about driving the 9+ hrs to Kaufmann to try to catch a few games but it ain’t in the cards. I’ll have to rely on the ‘ol Blackberry for updates if I’m not home to stare at the box. I think I “watched” more games on my phone last year than on any other medium. That damn device is so subtle the way it announces games and the difference between the 15 and 30 second refresh is like the difference between Curly and Shemp.

The Yankees series set me in a bad way. The pace of those games were nerve racking. So deliberate and tactical in a way that every pitch counted tenfold. God I love this game. Let’s get to KC and in the immortal words of Fats Domino “We’re going to Kansas City, Kansas City here we come, there are some Ws awaiting there, by God we’re gonna get us some!” 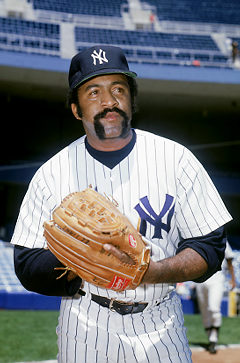 look closely and you will find it